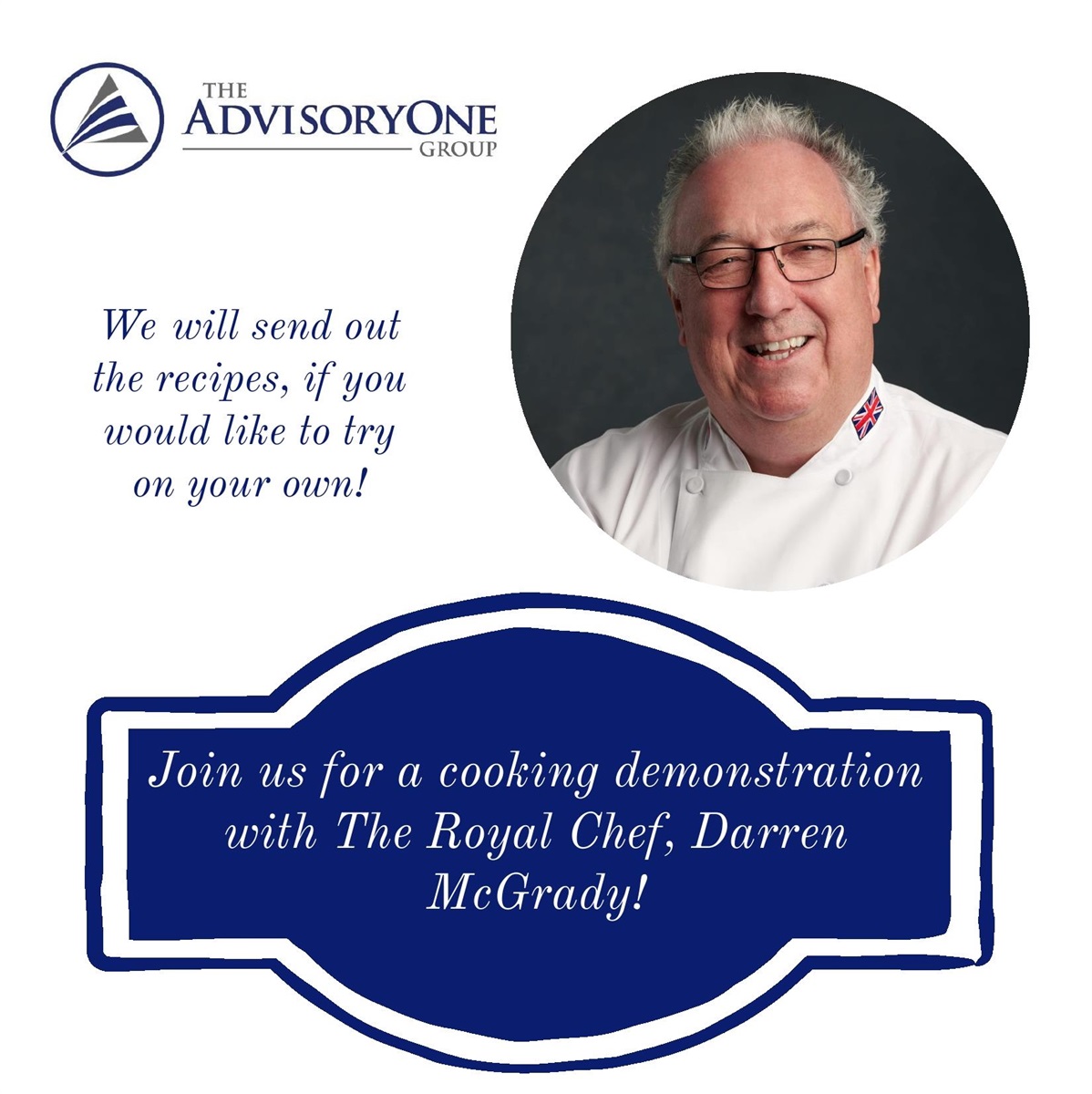 Join us for a virtual cooking demonstration with The Royal Chef, Darren McGrady!

Darren McGrady was chef to Queen Elizabeth II, Diana, Princess of Wales and Princes William and Harry for fifteen years and has cooked for five US Presidents. He is the owner of Eating Royally catering in Dallas, TX. He is an author, culinary consultant, event planner and public speaker. He has appeared on The Oprah Winfrey Show, several times on CNN’s Larry King Live, the Fox News Channel, BBC, CBC, MSNBC and Sky Television, on Fox and Friends covering the Princess Diana Memorial, CNN covering the Royal Wedding, and cooked on the Today Show and CBS Early Show in New York. You can read more about him at his website, https://theroyalchef.com/

Our "Royal Dinner Party" will include beet cured smoked salmon with a horseradish panna cotta, roast beef tenderloin with ratatouille, and bread and butter pudding with salted caramel sauce. You can sit back with some wine and enjoy the show! Please RSVP by August 20th, since we only have a limited amount of Zoom links. We look forward to enjoying some excellent food and company during our first-ever virtual client appreciation event!